Whether you’re playing in woods, scrubland or urban areas, camouflage gives you the edge on the competition. There’s no replacing the element of surprise and your opponents can’t hit what they can’t see.

But which camo is best? And how can you best maximise your camo advantage? Find out right here!

There are many types of military camouflage on the market, all based on designs that have seen action in one theatre or another. Camo types are designed to be used in specific environments, allowing you to obscure your silhouette from enemy view and blend into the landscape.

Mottled camouflage, also known as ‘Flecktarnmuster’ or ‘Fleckentarn’, is a family of disruptive camouflage patterns, the most common being the five-colour pattern, consisting of dark green, light green, black, red-brown and green brown or tan.

For UK airsofters, Flecktarn is pretty effective, as the original five-colour pattern was designed with European woodland in mind. A three-colour variation called Wüstentarn is used for arid and desert conditions and has been used by the German Bundeswehr in Afghanistan.

Disruptive Pattern Material (DPM) is the commonly used name of a camouflage pattern formerly used by our British Armed Forces as well as many other armies worldwide, particularly in former British colonies.

The main variants of DPM are a four-colour woodland pattern and desert patterns in two, three or four colours. DPM has also been produced in black/white/grey Urban DPM, in various blue tones and even in purples for the Swazi Royal Guard.

Tigerstripe is the name of a group of camouflage patterns developed for close-range use in dense jungle during jungle warfare by the South Vietnamese Armed Forces and adopted by US Special Forces during the Vietnam War.

It derives its name from its resemblance to a tiger’s stripes and was simply called “tigers.” It features narrow stripes that look like brush strokes of green and brown, and broader brush strokes of black printed over a lighter shade of olive or khaki.

The brush-strokes interlock rather than overlap, as in the French Lizard pattern (TAP47) from which it allegedly derives.

Its pixelated pattern is a modification of the United States Marine Corps MARPAT camouflage pattern, which is similar to the Canadian CADPAT scheme.

MARPAT (Marine pattern) is a digital camouflage pattern in use by the United States Marine Corps. Its design and concept are based on the Canadian CADPAT pattern.

The pattern is formed of small rectangular pixels of colour. In theory, it is a far more effective camouflage than standard uniform patterns because it mimics the dappled textures and rough boundaries found in natural settings.

It is also known as the “digital pattern” or “digi-cammies” because of its micropattern (pixels) rather than the old macro pattern (big blobs).

When it comes to painting your airsoft gun in camo styling, you need a paint that adheres to a variety of surfaces.

This allows you to camo your gun regardless of any attachments or upgrades you have. Some airsoft guns are made up of a composite of pvc, metal and ceramic, depending on which attachments they have, so a paint that evenly affixes to any material is ideal.

We recommend Krylon Fusion camo paint. Find out why in the video below.

Maximising Your Camo Advantage During Airsoft

When choosing your camo, the first thing to consider is your environment. Desert camo is not going to be very effective in the woods after all. In addition, if you’re using plants to augment your camo, use ones that naturally fit into your environment.

Applying camo makeup to your face and hands will help you blend in. There are also different ways to apply your camo paint, depending on your environment:

Broad slashes in no particular pattern, but different colours

Slash technique, both broad and thin, alternating with a focus on greens and light browns. As you apply the camouflage makeup, make sure the high features of your face (nose, forehead, cheeks and chin) are well covered. It is usually a good idea to apply a light layer of baby oil or a lotion to your skin prior to applying the camouflage makeup.

This will make it much easier to remove the camo when you need to take it off. Don’t forget to cover your ears, both front and back, as well as your neck and eyelids.

Camouflage will not make you invisible; it just breaks up your human shape, making you harder to see. Stay low to the ground and move only when you have to. If you must move and remain unseen, stick to the shadows and exercise good situational awareness.

Use rock formations, trees and brush to assist your concealment. Movement is the easiest way to reveal yourself, so move as little as possible when concealment is vital. Using camo effectively can make the difference between victory and defeat, so use it wisely.

Now that you have learnt about camouflage patterns – and the benefits that this can bring to airsoft, you need to understand what clothing is available and how best to use it.

We will be discussing airsoft camo clothing and some of the different options that are available on the market.

One of the most popular options for airsoft camo clothing is a ghillie suit. Ghillie suits are designed to provide the wearer with maximum camouflage, and they are often used by snipers or other players who need to remain hidden for long periods of time.

Ghillie suits are usually made from a lightweight material, which helps to keep the wearer cool in hot weather conditions. They typically come in green or brown colour, although other colours are available.

Another option for airsoft camo clothing is a camouflage jacket or pants. These are usually made from a heavier material, which helps to protect the wearer from scrapes and bruises

Camouflage jackets and pants are available in a variety of different patterns, so you should be able to find something that suits your needs. 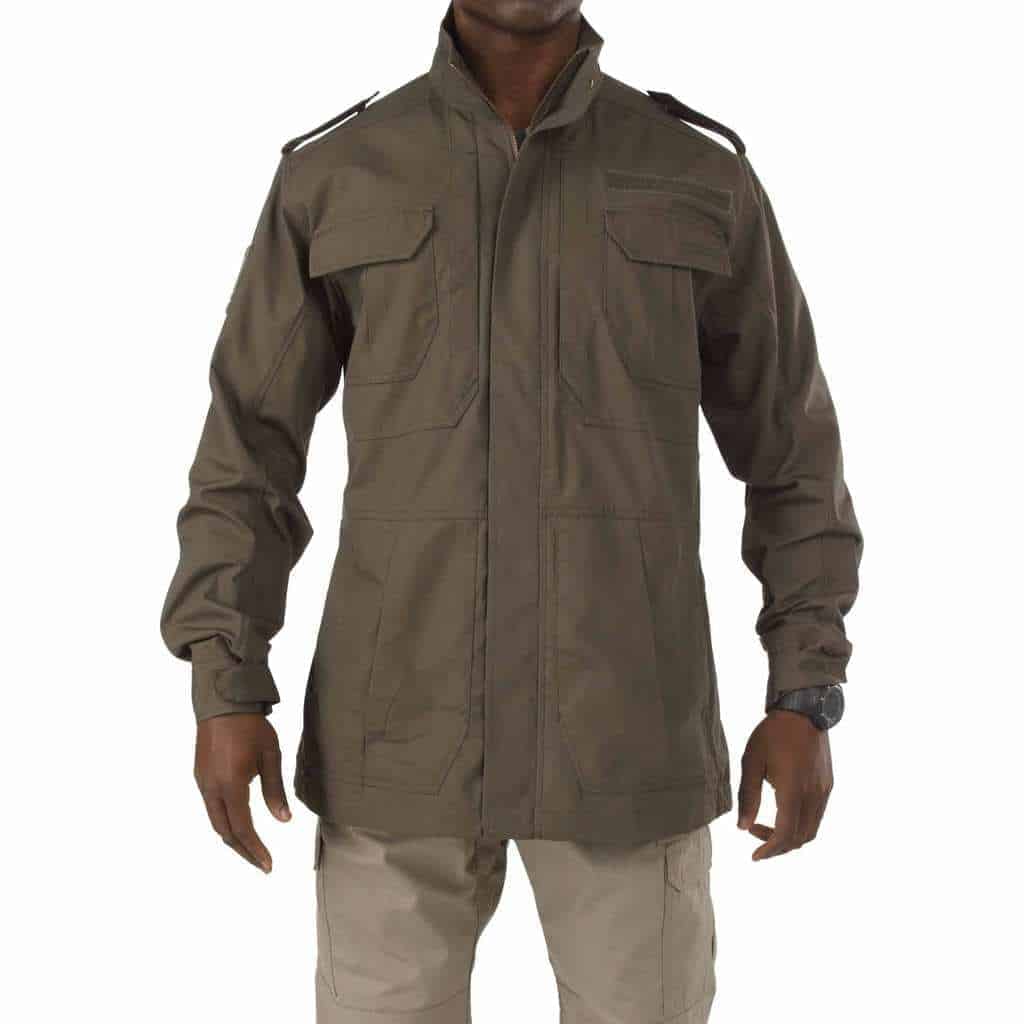 Originally released in 1965, the M-65 field jacket has proven itself on battlefields around the world. We’ve re-imagined the traditional M-65 design in a contemporary fitted cut, crafted from our legendary 6.14-oz. (208g/m²) 65% polyester / 35% cotton Taclite® ripstop fabric. Tougher and more comfortable than ever, the 5.11® M-65 features RAPIDraw™…

If you are looking for a more affordable option, then you might want to consider buying a camouflage t-shirt or other item of clothing. Camouflage t-shirts are typically made from a lightweight material, which makes them ideal for wearing in hot weather conditions

They are also usually cheaper than other items of airsoft camo clothing, so they are a good option if you are on a budget.

When it comes to choosing airsoft camo clothing, you need to consider what type of game you will be playing and what your budget is. There are many different options available on the market, so you should be able to find something that suits your needs. 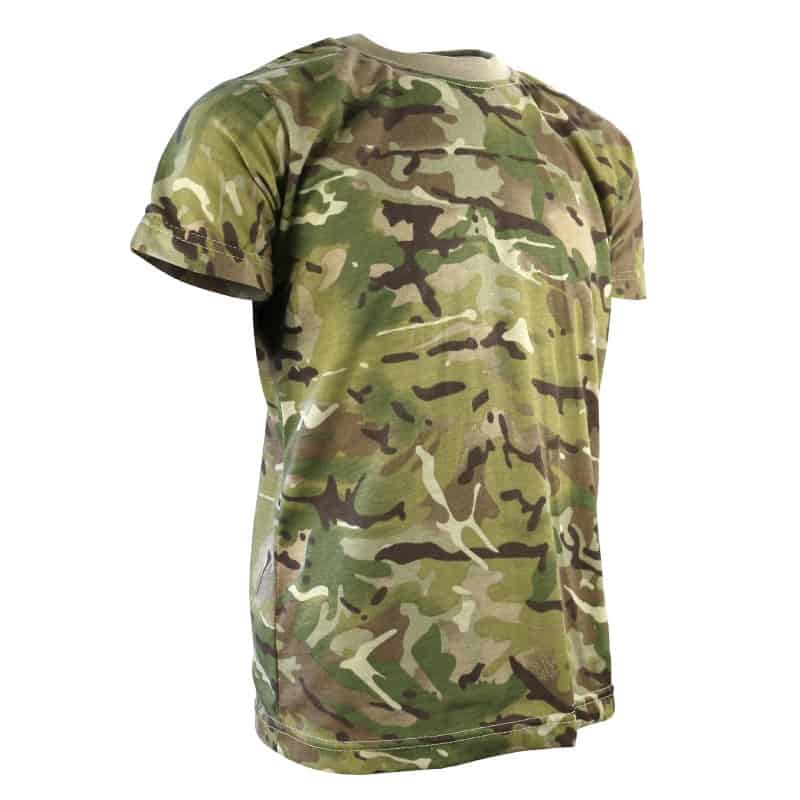 Airsoft camo clothing can give you the edge you need to win – so make sure you choose the right gear for the job!

Whether that’s painting your face, adding camo to break up your rucksack or vests, and, as we’ve mentioned – clothing. Consider what you need to do to beat the enemy, and use that knowledge to inform your choices.