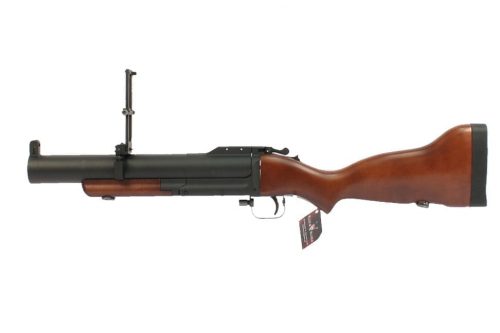 King Arms M79 Grenade Launcher – Vietnam Era The King Arms M79 grenade launcher or also known as the ‘Blooper’, ‘Thumper’, ‘Can Cannon’ (and many more nicknames) was brought into service in the United States Army in 1961 and was predominantly used during the Vietnam war. Numerous types of 40mm rounds could be loaded including [...] 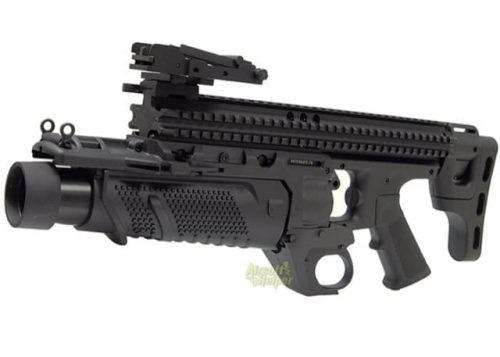 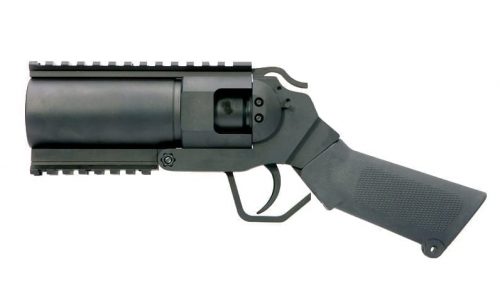 CYMA 40mm Airsoft Grenade Launcher Running a grenade launcher on your rifle is one thing and its good fun to use, but a hand held grenade launcher is a much more manouverable weapon and is very useful in CQB enviroments. Not too mention incredibly good fun. The 40mm grenade shell is one of the best [...] 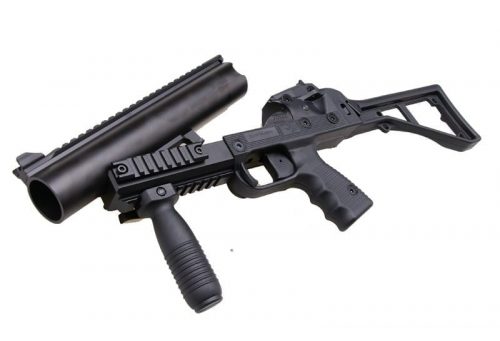 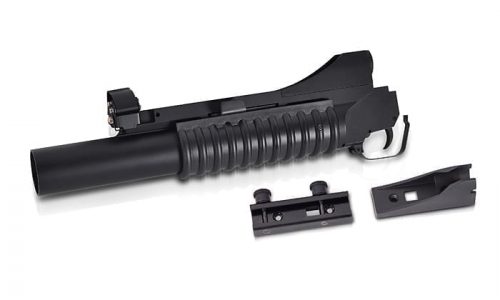 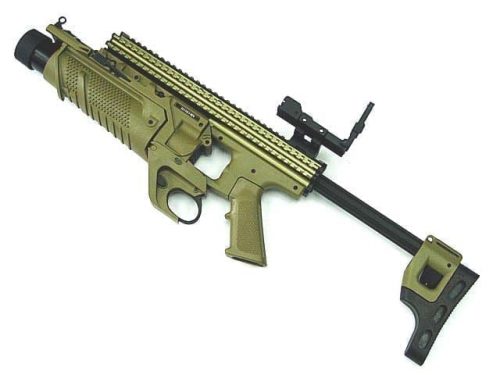 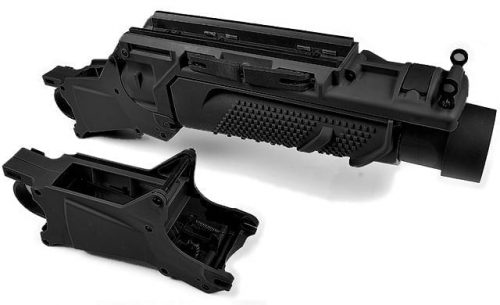 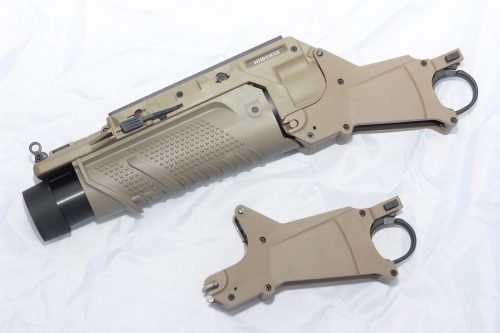 An Enhanced Grenade Launcher Module for use with airsoft Scar H and Scar L guns. Constructed from strong nylon fibre and aluminium, with a textured grip and ambidextrous loading system.