You want to show your support for Airsoft, but don’t know how? Airsoft is a serious business, and it’s important to show your allegiance with the right gear. But where do you start?

We stock a variety of Airsoft patches, including standard and velcro patches that are ideal for attaching to water bottle pouches, bags, caps, rigs and vests.

From serious tactical patches to morale patches promising a comedy flair, we only deal with high-quality brands. That’s why you’ll find our Airsoft patches are by some of the biggest names in the industry!

Players love to add patches to their gear so they can show off their unique style, and with our huge range, there’s something for everyone.

Whether you’re looking for a single Airsoft patch or a set, we have you covered.

What Are Airsoft Patches?

To know which one is on their team, airsoft players frequently use airsoft patches.

An airsoft patch is usually placed on the vest, helmet, or gun. There are so many patches available, including a military-style patch, and there is sure to be a patch that you’ll like at Socom Tactical!

Airsoft patches come in all shapes, sizes, and colours to show your team spirit. You can get airsoft patches without the need for any adhesive or sewing equipment such as pins and needles, which makes attaching them much easier than ever before!

Airsoft patches are typically used as team patches. Players are usually split into teams and given a team patch, which you put on your vest or on the shoulder before they begin the game on airsoft fields. As a result, you and other players can easily identify who your teammate is.

There are many styles and designs of airsoft patches. Standard patches are the most common and come in different colours to reflect your team’s allegiance.

Velcro patches come with a sticky side that attaches easily to fabric, such as vests or gun holsters. This way, you can keep track of which player has which weapon without ever having to remove the patch!

Traditional sewn-on patches are still common, but with the trend of airsoft patches that don’t have to be attached with pins and needles, these are becoming less popular.

Finally, there are PVC patches. This style of patch is made from plastic and often has a Japanese flag or character on it to show your team’s allegiance. A PVC patch is longer lasting than its fabric counterpart.

Although standard airsoft patches are a great way to show team allegiance, there is no stopping players from wanting something that just isn’t available. With the ability to get custom patches with different designs and colours, players can have their very own patch that shows who they support!

You can even customize your airsoft patch by adding your name or other important information such as game scores!

To order a custom airsoft patch, you may be asked for some basic information such as:

Remember that Custom airsoft patches are a great way to show team allegiance and can be customized to reflect your own personality!

Team patches are the most popular! As a result, it is important to get all the members of your team airsoft patches. This way, you can be sure that everyone knows who they are fighting for!

You can use these for all types of gear, from helmets and masks to clothing such as vests and pants. If you are looking for airsoft patches that represent your team, check out our shop.

Military airsoft patches are becoming more popular as players want to show their allegiance to specific units or countries. You can find military patches for just about any country in the world!

You can also get military airsoft patches that represent certain tasks and abilities such as medical, reconnaissance and engineering. As with all of our airsoft gear, we have a wide selection of options, so you are guaranteed to find what you are looking for.

Customizable airsoft patches make a great way to show your support for your team or favourite players!

We’ve handpicked a selection of airsoft patches. This gives you a feel for the type of designs and styles you can expect to find!

A variety of colours are available for our subdued ‘Union Flag’ hook-backed patch. There are four colours to choose from, including traditional union jack colours, black, coyote brown and olive. A fan favourite! 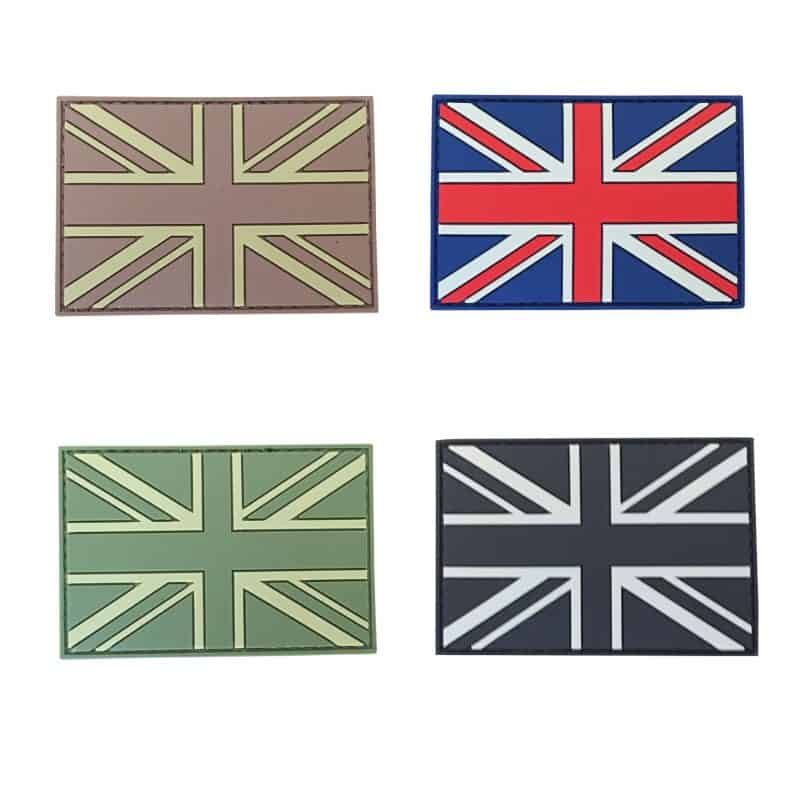 With a Boonie hat and a crosshair monocle, he wears a circular skull sniper patch in front of a United States flag. A quality design that’s popular with airsoft enthusiasts. 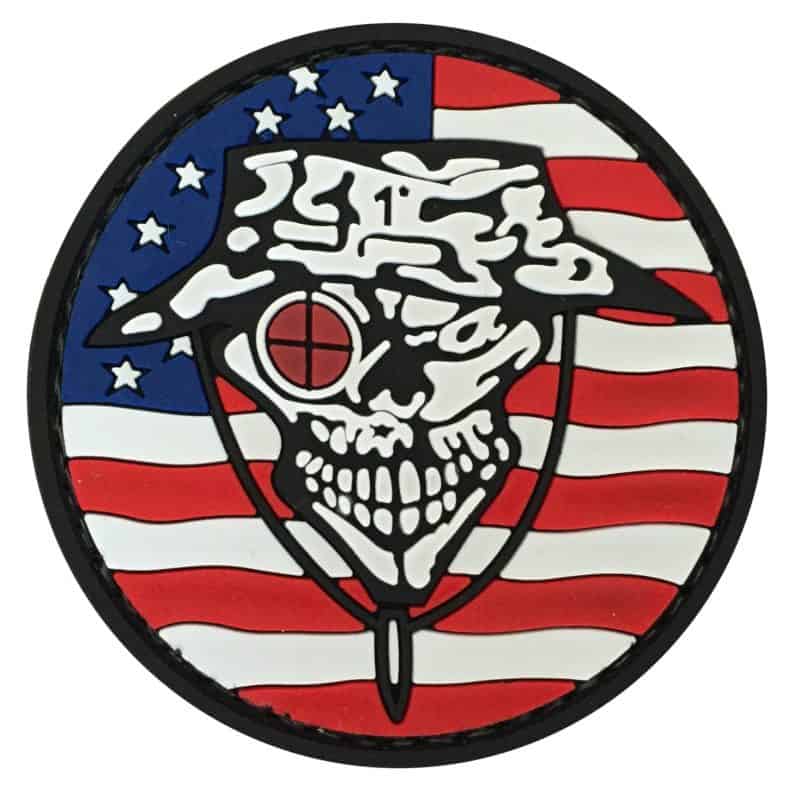 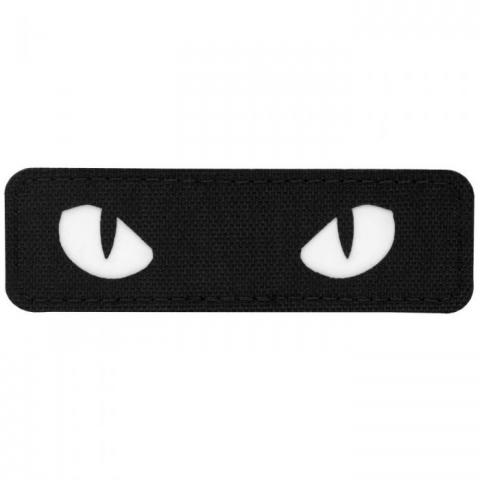 Wear one of these circular patches in conjunction with Hydra. It comes in two colours: white or red, and it is about 6 cm in diameter. 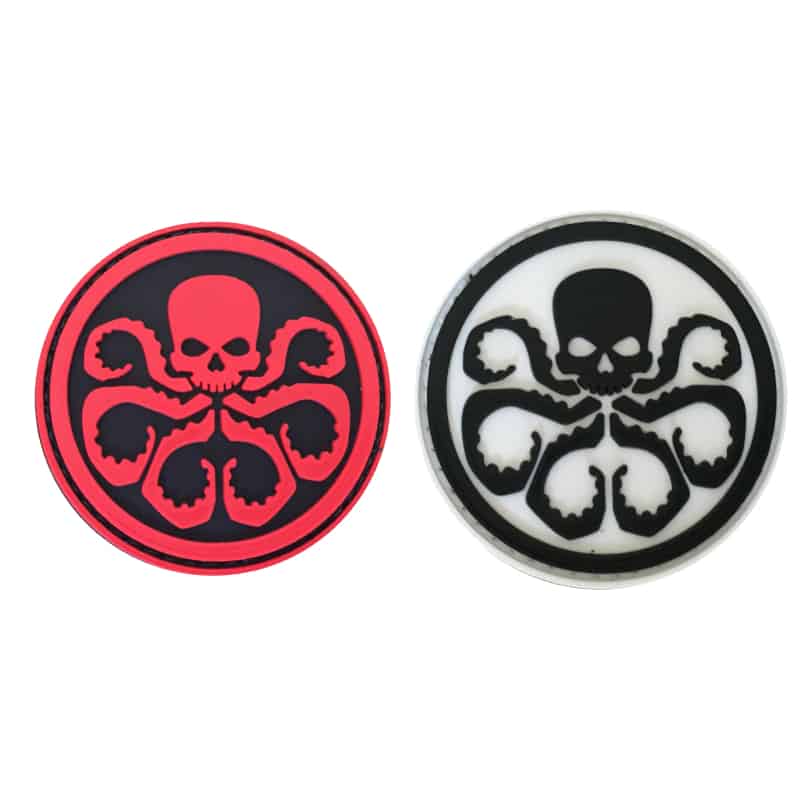 With this patch of the Caps shield in brilliant red, white, and blue, you can join the Avengers! It’s roughly 6cm in diameter. 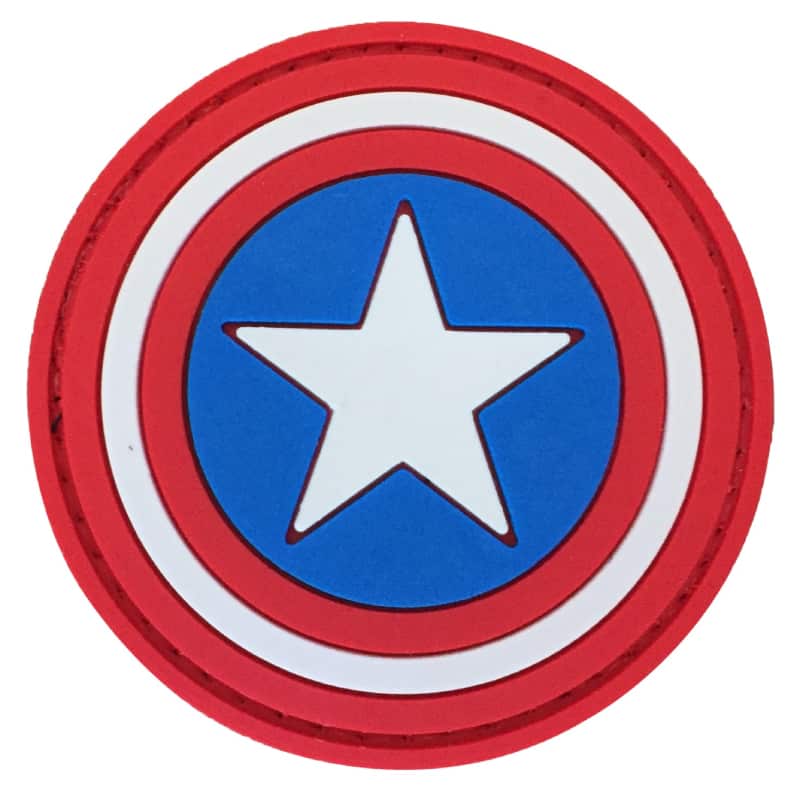 Join the avengers with this round patch of the Caps shield. Approximately 6cm in diameter and hook backed.

We hope this article has given you a good idea about the styles, types and designs available.

Now it’s all up to your taste and preference. For example, do you want an airsoft patch with a more traditional design or something flashy? Do you like collecting different patches or have one favourite?

Whatever your choice, we’re sure you’ll find the perfect airsoft patch for you!

What size airsoft patches are available?

Airsoft patches range from a couple of centimeters, up to around 6 or 7cm. It all depends on where you intend to wear your patch really.

Do airsoft patches have to be solid colours?

No, you can also choose from a variety of subdued and glowing designs that are equally fashionable!

What are morale airsoft patches for?

As the name suggests, these types of patches are worn to boost morale among airsoft players. The sky’s the limit when it comes to what designs you can put on your patch!

Can airsoft patches be removed easily?

Yes – but this depends on the backing you use. Velcro patches can be removed instantly, whereas sewn patches require unpicking of the stitching.