The Cybergun FN F2000, affectionately known as the tactical tuna, is a fully licensed AEG, with FN Herstal trades.

Built from sturdy polymer the FN F2000 feels good and solid in your hands and will handle days out in the field well. The F2000 is a bullpup, so it is compact but has the same length barrel as a standard M4. It has a removable front sight and a folding rear sight and the rear sight can be adjusted from side to side. Just behind the rear sight is a hinged cover, which hen opened gives access to the adjustable hop unit. At the end of the barrel is the flash hider, which is attached with a 14mm CCW thread, so you can attach other items such as a different flash hider or tracer unit to the end of the F2000. The false charging handle can be pulled back and locked rearwards. It has front and rear sling mounts on both sides. The fire selector and magazine release are ambidextrous, which makes it perfect for use by left and right-handed users. It will take most M4 style magazines.

To install the batter you undo the allen bolt at the bottom of the butt pad and pull the pad off to reveal the large battery compartment. You just plug the battery in and reverse the process. The F2000’s fire selector can switch it between safe, semi and fully automatic. In fully automatic mode the trigger works the same as the aug progressive trigger, which means if you pull the trigger halfway it will fire on single but if you pull it fully back it will fire in full auto. It also has a top rail on the receiver for attaching optics to.

In recent years, Cybergun have stepped up their game with licensing and manufacturing airsoft guns and accessories to compete with other brands on the market.

If you're looking for an FN Herstal branded airsoft gun then look no further as Cybergun are the only ones that can deliver with superb quality. With a catalogue of gas blowback pistols, OEM'd by industry legends like VFC and Marushin and AEGs from various brands such as A&K for the M249 and JG for their own bespoke made FN 2000 AEG.

If you like official branding and trademarks, then Cybergun can offer a huge range of replicas from Colt, FN Herstal, Sig Sauer, Magnum Research Inc, Kalashnikov, Tauras, Thompson and FAMAS. 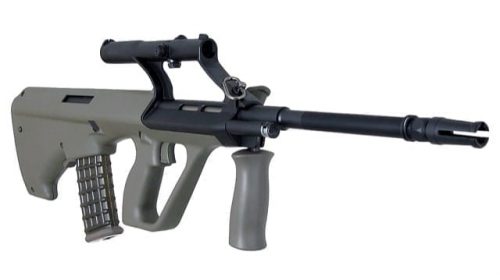 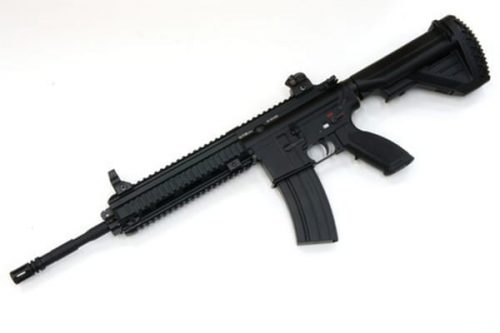 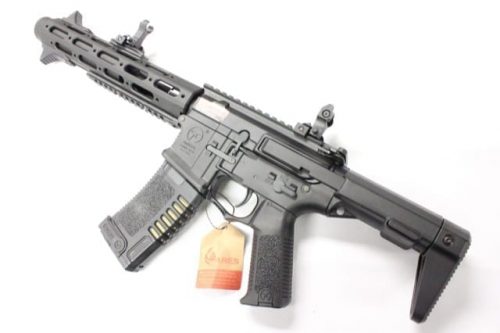 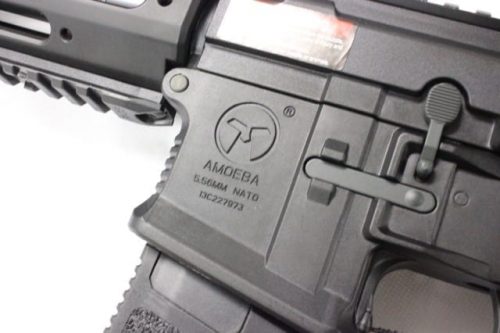 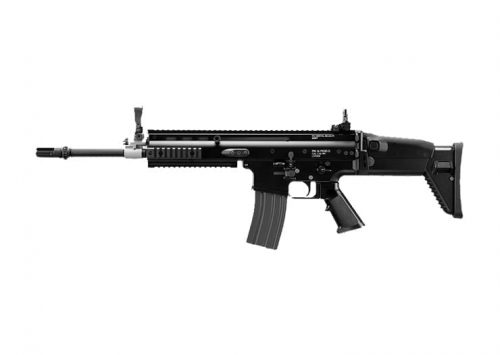 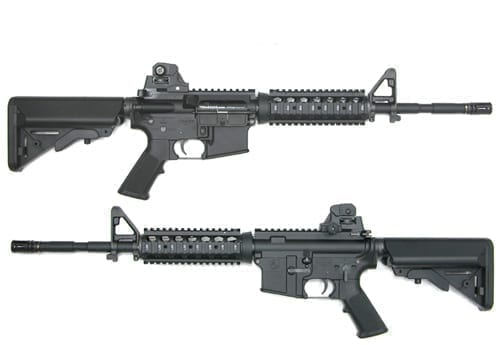