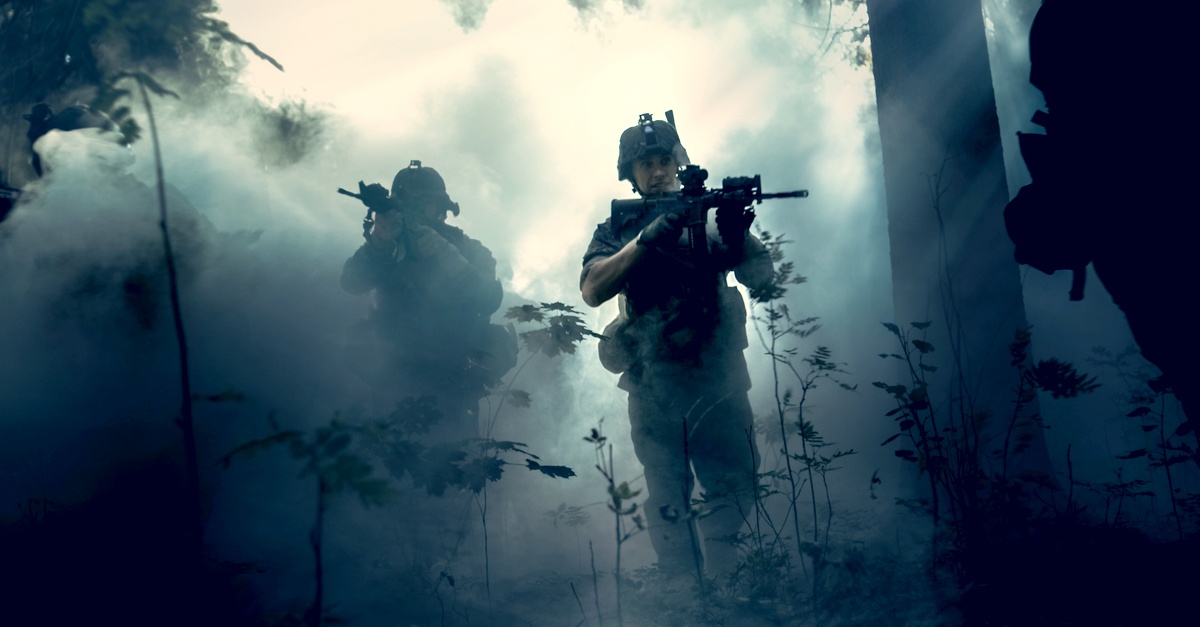 There are a number of different roles in Airsoft, each suited to a person’s character traits, fitness and what you might imagine being in a battle should be like.

Having the correct understanding of the purpose of each role can help you to decide which one might suit you best to lead you and your team to victory.

For those with patience and a flair for the tactical side of skirmishes, the Sniper role may be the best choice for you. Snipers are often far away from the action, using a sniper rifle’s long-range of vision and shot to hit enemies from a distance without them being able to see you.

With sniper rifles being one of the heaviest Airsoft weapons, it is advisable to pick a spot and stay there for long periods of time targeting people from afar.

This is where patience is key. Picking a good spot to lay low will help to ensure you are out of sight and may give you a good view of the enemies but there may be times when you see no one for long periods of time.

Add to that, you will likely be lying on the ground with your sniper rifle which might not be the most pleasant feeling depending on the terrain and the weather. A sniper has a less active role in terms of moving about the battlefield which might be appealing to you or it might leave you wanting more.

If you would prefer to be a bit closer to the action and keep moving, you might consider the role of Designated Marksman instead.

The idea is for you to work on the frontline, rather than far away, to take out people who are out of range of riflemen.

Unlike a sniper, the Designated Marksman role requires movement around the battlefield picking off targets rather than staying in one place, helped in part to the rifle being lighter than a sniper rifle.

For a sniper or a Designated Marksman, it is common that the role doubles up as a scouting role to identify enemies from a distance, report on the number of enemies in a location and point out any areas where the enemy is weak or lacks cover.

A rifleman is found on the frontline in the heart of the battle. The rifleman forms the main point of your team’s offensive work from gunfights with rifleman on the other side, clearing and securing a room or an area in order to fulfil your game’s main objective.

This role is one of the more active roles as you need to hit people, avoid being hit and cover ground quickly as you will likely be in constant battle. To put it simply, this role is where the action is. With that comes the fact that you will be in a role where you are at most risk of being hit.

The Support Gunner is one of the more selfless roles in Airsoft. This role requires you to be in the heart of the action with the Riflemen but your job will be to help them succeed rather than aim for glory yourself.

One of the main jobs is to provide covering fire to pin the enemy down so that Medics and Riflemen can pass through an area without coming under fire themselves.

This role is a physically demanding one as you will have to carry a weapon and extra ammo for a number of different guns to provide to others on the battlefield as and when they need it.

When people are hit, they rely on the Medic to come and heal them so that they can continue playing again.

A Medic will often carry a gun for protection but usually won’t actively seek out battles.

Instead, they are required to move quickly and safely across the battlefield to help those who have been hit.

In real terms, the Medic may also provide water to teammates to keep them hydrated to prevent dehydration and exhaustion being a contributing factor to a team’s loss.

Another role for those with a tactical mind as the Grenadier makes use of explosives to disable, intimidate and flush out the enemy through the use of items such as smoke grenades and flashbangs.

This role comes with a choice of whether you use a grenade launcher to project these items or you can throw them yourself, allowing you to pin grenades to your attire while you carry a separate rifle or gun to give you an added option for attack.