What is MilSim? MilSim is the abbreviation for military simulation. This can encompass a broad range of events and activities, however, within the Airsoft community, Milsim is a term that has become synonymous with long (sometimes 30h+) roleplay wargames usually including the use of military tactics, equipment and organisation, as well as a number of props, casualty simulations and pyrotechnics.

There are a number of companies that run these events in the UK and although these are normally privately owned these companies have deep military roots with most staff members and owners being ex or current service.

Players who attend a MilSim event will take on the role of an active military operator in a conflict zone (sometimes as part of a unit and sometimes on their own) and will be part of a larger force (complete with sections or teams and commanders). The teams will then undertake a smaller mission (known as taskings) that will contribute to a larger goal and sometimes developing into a crescendo of all-out war at the end of the weekend. These taskings can include anything from assaulting a building, escorting a HVI (High-Value Individual), setting up an observation post to monitor the enemy or anything in between.

Attendees will not only be expected to be involved in the airsoft side of the event but will also be responsible for their own admin in the field that will include a number of other disciplines – Imagine Milsim as a melting pot of skills and activities that are not so much about running about shooting each other with airsoft weapons but also include other disciplines such as wild camping, managing your own food and water, washing, sleeping and making sure you are warm and dry, fieldcraft, basic survival skills, map reading, first aid and much more.

Historical milsim events are typically based on previous conflicts such as world war I, world war II, Northen Ireland, Vietnam and The Golf War. Most of these events will have strict rules regarding uniforms and equipment that can be used. The theme or mission for the weekend will normally be set around a historical event (for example 101st airborne assault on Carentan or the events from the film Black Hawk Down) and the weekend will loosely follow the pages of the history books. Event organisers put a lot of time, effort and money into ensuring that the players who attend the event have an authentic experience and will sometimes even pull in historical experts in these areas to assist them.

This is another area that focuses mainly on MilSim and the motivation behind the game type creation is the driving factor for making airsoft more than just being about the shooting of other players. It makes use of extreme objectives to make it look realistic and the choice of the location is designed to get the desired expectation. The objective of these games might be to rescue someone that has been taken in as a hostage, to defuse a bomb or to get a certain position in the arena. This helps give the players a more tactical mindset which is different from the normal ‘run-and-gun’ games that are played. The disadvantage of the run-and-gun games is that its participants would lack a tactical mind.

An example of simulation is when the players are in an airfield setting and they have to get into an aeroplane that is holding a hostage and they are looking for ways to neutralize the terrorists to be victorious. Before the game, the players are briefed extensively on the storyline, the tactic they are to employ and the rules that are guiding them and so much more. The reason for this is to give these participants become more enlightenment and knowledge and it also adds tension which would motivate the participants.

It helps players become more focused than they would normally be in a normal airsoft game because there are different parts of the game which requires its participants to be aware of their surroundings.

For airsoft players all around the world, MilSim is becoming a more popular option and constant technological advancement has allowed re-enactment and simulation to become more realistic while it is still safe and not harmful.

Before, because the performance of the airsoft and paintball weapons were unrealistic, they were not used often in the training environment. Rather, non-harmful weapons were used. However, in recent times there have advanced. There are now replicas to the real weapons that look original and now many law enforcement agencies and military units make use of them to train. Paintball and airsoft balls that were considered unrealistic in the past by the department of defence and some other major police departments for the use of training are now considered to be more real. Examples of MilSim includes:

Get your Airsoft Milsim consumables from SOCOM Tactical

Airsoft is a sport whereby the participants who try to participate in a military combat simulation which is called MilSims. Some teams focus more on MilSim and re-enactment which helps the participants’ reason to like the character from the part. This way, characters can pretend to be part of ancient history. The airsoft guns are usually operated by battery or by gas and they hold over a dozen BBs plastics sensing on the type of magazine and they are much quieter than a firearm. The guns can be accurate 2ithin a hundred feet. The participants are not allowed to target opponents that are within a hundred feet. There are different classes for weapons which helps to state the role that each player has.

This is a style of sport where all the participants would get rid of their opponents with the use of a paintball or spherical capsules which contains some nontoxic substances and dye and it is shot from a gun that is gas-powered which is usually called a marker. Over 30 million people play paintball games every year in the United States. Paintball is also one of the safest games to play according to several insurance companies even more than tennis.

The games can be played either indoors or outdoors and can come in different forms. The most popular form are the speedball, scenario or the woodsball and in some cases tourney ball. The rules guiding paintball vary in different places but they are all directed towards ensuring that the participants enjoy the game while keeping it safe. This game has it’s own equipment for use.

The game of paintball involves two teams whose main goal is to get rid of all the team players in the other team or achieve an objective that could be getting rid of a particular player or to receive an object. A non-professional game would probably last for 5 minutes to 30 minutes while a professional game can last less or more. Paintball has players who play for fun and players who are professionals in the game.

This is another way MilSim is also used. Video games such as battlefield 4, battlefield 5 and others. Some games may not have the tactical genre that is expected which would involve a more tactical approach. These games are different from the usual shooter and military games you see these days in certain ways such as:

The system of the game takes care of the characters in various games. Issues like hunger or thirst are being catered for.

When someone is shot by a bullet, although it would not be fatal you can be sure the person would get injured. 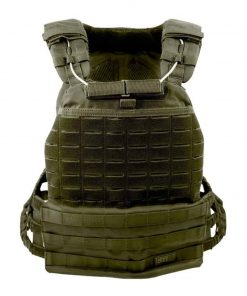 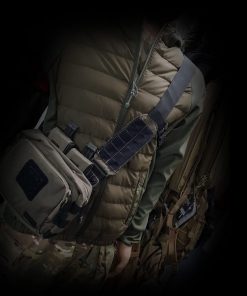 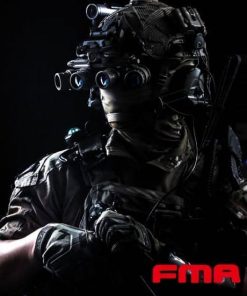 Dummy and Dress up 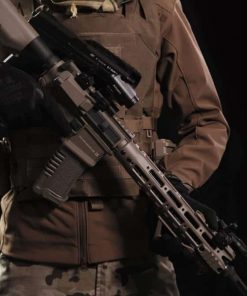