We are having a issue with a new system setting products to out of stock we hope to have this resolved shortly. Dismiss 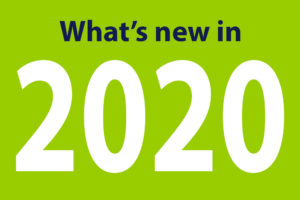 The Airsoft market continues to grow in the UK and worldwide meaning that new weapons, gear and accessories are constantly added to our wide range of stock.

Airsofters look to new stock and new developments for that extra edge in battle for improved performance or improved comfort.

Demand for innovation over the years means there will always be new items taking the best parts of what has come before while improving and ironing out the kinks of previous versions.

New rifles, pistols, shotguns, snipers and grenade launchers have been added to our site since the start of 2020 and no doubt there will be lots more to come throughout the year.

The standout from these is the CSI S.T.A.R Rifle with a look and design unlike anything else on the market at the moment.

The rifle is lightweight yet durable and similar in feel and performance to the M4 series but it is the futuristic design, looking as though it has come straight out of a science fiction film, which makes it stand above the rest.

The reconditioned pistols have come onto the market after a problem with leaking gas had been fixed.

The KA17 may not look new but King Arms make use of all their know-how to design a pistol from the frame to the barrel to the sights to ensure a good feel and performance throughout your Airsoft session.

The M870 continues the trend of the use of real wood, particularly in shotguns as we edge closer to perfecting the imitation of a real firearm.

The VSR 10/Bar-10 has always been a popular sniper rifle to pick with its premium quality and has now had all the internals except for the cylinder replaced with Airsoft Pro upgrades.

The AS02 is a successor to the AS01 models and is a worthy one at that with its compact design and shorter barrel length complemented by an upgraded body.

With its own nickname, it seems that this new launcher has a lot to live up to but it passes with flying colours with its firing range of 20m to unleash your 40mm moscarts.

There are new accessories for improving the performance of weapons such as the Airsoft Pro L96 MB01,05,08 black steel cylinder and ZCI M-BLock M4 Gearbox Reinforcing Clamp.

Other items may not improve performance but may still be a neat addition to your gun such as the Oper8 Tactical Frog Sound Hog which increases the sound of your gun shots.

For more news on some of the latest innovations in Airsoft already released or coming soon in 2020, SHOT Show 2020 took place at the end of January displaying new and upcoming weapons and gear.