We stock a range of Airsoft Guns including assault rifles, pistols, shotguns and support weapons. Our Airsoft Guns are perfect for target practice and improving your shooting skills on the field. 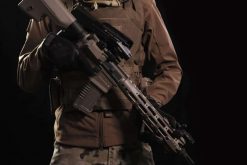 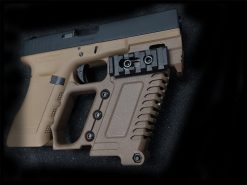 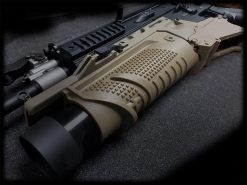 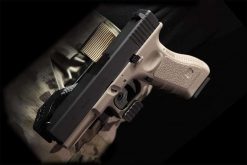 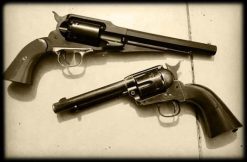 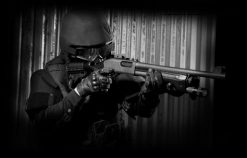 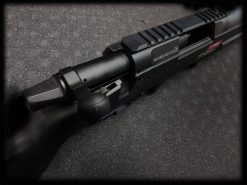 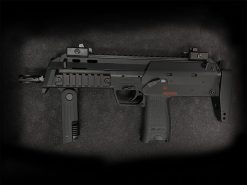 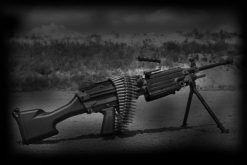 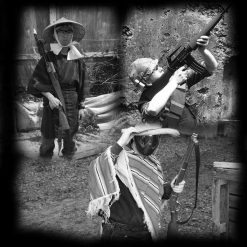 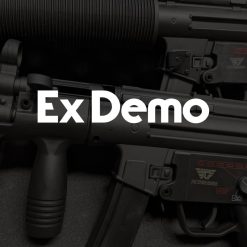 If you’re looking for the best airsoft guns and accessories, look no further than Socom Tactical. We have everything from spring airsoft guns to electric and gas BB weapons.

We also stock a wide variety of grenade attachments for weapons, launchers and mortars too, making you the perfect support asset on the battlefield. Designed to target a clustered group of opponents, an airsoft grenade launcher is a perfect weapon to use for clearing out opposing airsoft players.

A spring BB airsoft gun incorporates a cock and fire mechanism that is incredibly simple to operate. It simply requires the operator to pull back the slide before each shot. Furthermore, they’re much cheaper to run since they don’t require any batteries, typically used in Airsoft Sniper Rifles, or gas to operate.

We offer a range of spring airsoft guns that come in all shapes and sizes. Common sniper rifles from Socom Tactical include JG VSR / bar10 G-Spec Sniper, with scope, or the Action Army AAC T11 Sniper Rifle.

Electric Airsoft Guns, commonly known as AEGs, are usually the most common type of airsoft rifle amongst airsoft players. An AEG is a battery-powered airsoft weapon that can be fired in fully-auto or semi. AEGs usually have a rechargeable battery that can be easily charged after each time the gun is used.

An AEG can fire an airsoft BB at a velocity that ranges between 280 to 350 FPS. It’s common for an electric mechanism to be used for airsoft assault rifles and for newcomers, starting with an electric airsoft gun is a great choice because they’re much easier to operate.

At Socom Tactical, we offer a range of AEGs that are incredibly popular across the UK. From the Valken ASL rifles to the Arthurian Airsoft Range. For more information on the best AEG for you, get in touch with our specialist staff.

Gas airsoft guns are typically the most realistic out of the three versions of a mechanism used for airsoft guns. Our range of popular airsoft pistols includes the popular WE G17 Gen 5 Gas Blowback Pistol  and the Action Army AAP-01 Assassin Pistol.

Are you looking to make a big impact on the battlefield? At Socom Tactical, we offer a range of airsoft grenade launchers that are specifically designed to fire large-calibre projectiles such as Airsoft 40mm Moscarts.

How Do Airsoft Guns Work?

Airsoft guns work by using a spring-loaded mechanism to fire small plastic pellets. The pellets are typically fired at around 300 feet per second and are often used in military and law enforcement training exercises, as well as in sports games and entertainment.

Yes, airsoft guns are generally safe when used properly. However, like any type of gun, there is always some risk involved. Always wear protective gear when using an airsoft gun, and be sure to follow all safety instructions that come with the gun.

No, airsoft guns are not typically loud. The pellets they shoot are very small, so they don’t make a lot of noise when they hit something. If you are using an airsoft gun indoors, you might want to use ear protection to avoid damaging your hearing.