A smoke grenade is a canister-type grenade used as a signaling device, target or position marker, or to create a screen for smokescreens. Smoke grenades are commonly used in airsoft games to indicate hit players and provide cover when attacking or retreating. Airsoft grenades typically release pyrotechnic gas rather than actual smoke. 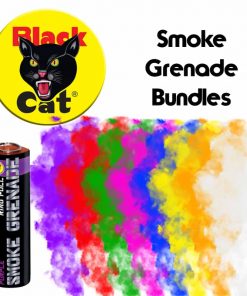 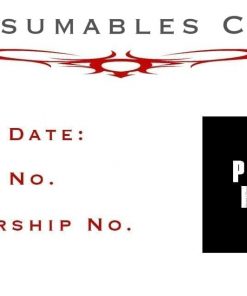 How Do Airsoft Smoke Grenades Work?

When released, the gases within the grenade expand rapidly, filling up the space inside the canister and pushing out the plug at the end. This results in a loud popping noise and a cloud of smoke being emitted from the grenade.

The smoke cloud is usually white, but some grenades produce different colors of smoke. In Airsoft, white smoke is typically used to indicate a hit player, while colored smoke is used to mark positions or signal teammates.

Why Use Airsoft Smoke Grenades?

Airsoft smoke grenades can be incredibly useful for many reasons. For one, they can be used to create cover when attacking or retreating. The smoke cloud generated by the grenade can provide concealment for players and allow them to move without being seen.

Additionally, smoke grenades can be used to signal teammates or mark positions. For example, if you need reinforcements, you can throw a smoke grenade to let your team know where you are.

There are a few types of smoke grenade used when playing Airsoft. These are as follows:

White smoke grenades are used to indicate hit players. In most cases, when a player is hit by a BB, they will call out and then raise a white flag. Once this happens, any nearby teammates can throw a white smoke grenade to confirm the hit.

Red smoke grenades are commonly used in emergency situations. If you need to signal for help, you can throw a red smoke grenade to let your team know where you are.

Socom Tactical stocks a vast range of airsoft smoke grenades to suit your every need. Browse our selection today and get in the game!

What is the difference between a smoke grenade and a flare?

Can I use a smoke grenade indoors?

No! Smoke grenades should never be used indoors due to the risk of fire. In you’re unsure about smoke grenade safety and regulations, check with your local airsoft venue.

How long does the smoke last?

The duration of the smoke depends on the type of grenade used. Most Airsoft smoke grenades will produce smoke for 1-2 minutes.

How far does the smoke travel?

The smoke will travel as far as the wind takes it. If there is no wind, the smoke will stay close to the ground.