A lithium-ion battery or Li-ion battery (abbreviated as LIB) is a type of rechargeable battery. Lithium-ion batteries are commonly used for portable electronics and electric vehicles and are growing in popularity for military and aerospace applications. It was developed by John Goodenough, Rachid Yazami and Akira Yoshino in the 1980s, building on a concept proposed by M Stanley Whittingham in the 1970s.

In the batteries lithium ions move from the negative electrode to the positive electrode during discharge and back when charging. Li-ion batteries use an intercalated lithium compound as one electrode material, compared to the metallic lithium used in a non-rechargeable lithium battery. The batteries have a high energy density, no memory effect (other than LFP cells) and low self-discharge. They can however be a safety hazard since they contain a flammable electrolyte, and if damaged or incorrectly charged can lead to explosions and fires. Samsung were forced to recall Galaxy Note 7 handsets following lithium-ion fires,[12] and there have been several incidents involving batteries on Boeing 787s. 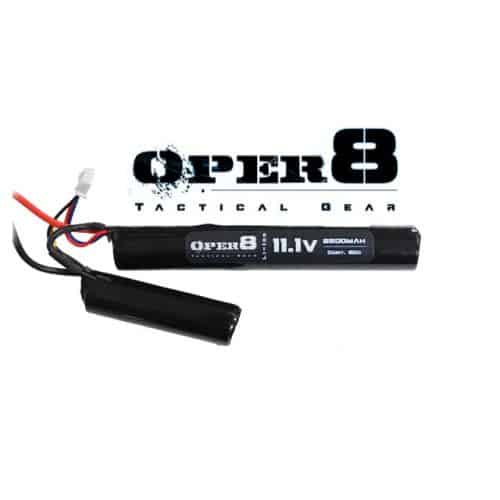 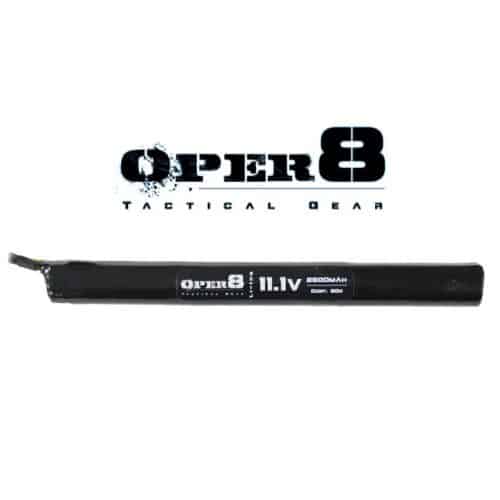 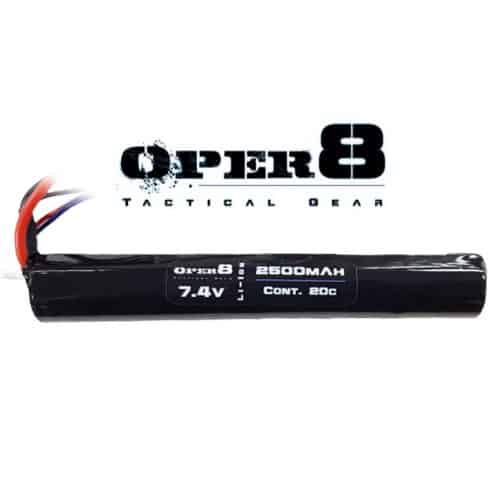 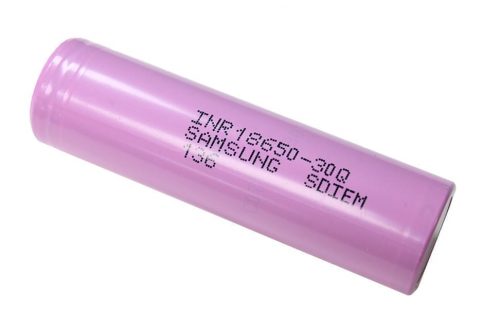 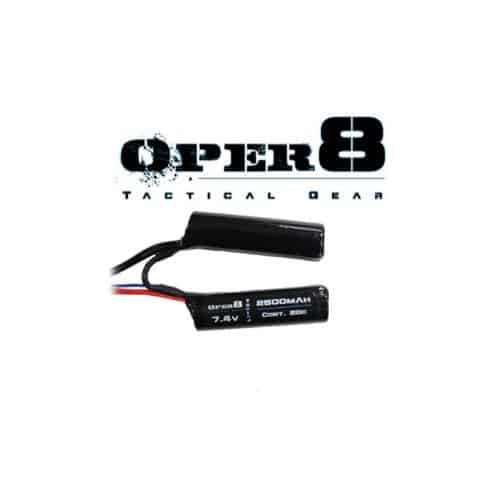 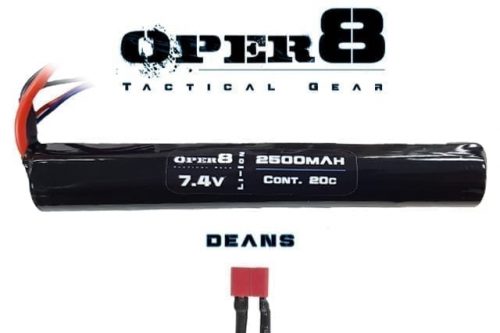 Oper8 7.4V Li-ion 2500MAH Stick Battery – Deans The Lithium Ion batteries by Oper8 Tactical have been tried, tested and proved to outperform many others on the market. The benefit to Li-Ion batteries are the higher capacity the cells can hold per charge, safer to use and charge in everyday use and the fact they [...]