Airsoft players need to be able to carry their airsoft guns and equipment with them easily and without too much hassle. That’s where airsoft belts and slings come in. 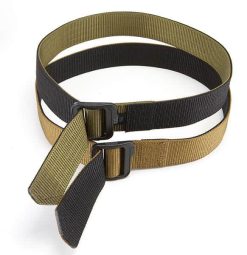 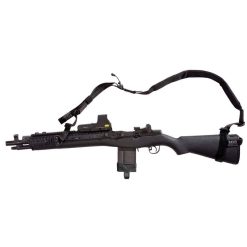 Being able to keep your trousers up is vital stuff when you’re out playing Airsoft or just out exploring.

We have a good range of belts for different uses, such as the Kombat UK Recon Belt or the Emerson Gear LCS Combat Belt.

We have belts that have heavy duty buckles and build, more standard belts, belts for securing battle belts to and belts for holding shotgun shells. Whatever you need an airsoft belt for – we will have an option for you here at Socom Tactical!

We have a big range of slings for you to choose from, including the Tasmanian Toger Storage Sling and the popular FMA Sling Retainer Hook.

We have single points, two points, three points, heavy duty slings, pistol slings and other weapon retaining gear – at Socom, we can find you a sling or retention device for almost any weapon you have!

What is the best way to use an airsoft sling?

How do I adjust my airsoft sling?

What is the difference between a single point and a two-point airsoft sling?

Do I need an airsoft belt?

Not necessarily, but it can certainly make your life a lot easier. It all depends on how you like to play and what sort of equipment you like to carry around with you.

What are the benefits of using an airsoft belt?

Airsoft belts allow you to easily and quickly access your airsoft gun and equipment. They also distribute the weight more evenly, which can help to reduce fatigue.

How do I choose the right airsoft belt for me?